We celebrate our successes, our good deeds, careers, motherhood, sisterhood and our children almost thoughtlessly. We rarely hear about the fathers that should be celebrated too. These hands held mine through turmoil and pain, happiness and health. They hold my hands through motherhood and this life. These are the hands of a man that didn’t know if he wanted kids until later in life, then became a dad of three girls after growing up with only brothers. These hands wipe tears, put on bandaids, make peanut butter and jelly, brush little teeth, clap along to dance parties and to cheer on princess parades. They are gentle, and kind, and loving in a way that will teach our girls self respect and love and kindness. These are the hands that will not only put pony-tails in the locks of the babies they nurture but the hands that will always be there to catch us, his girls, when we fall.

This week I had several ideas of images I wanted to create. And as the week began to pass by I began to feel defeated, again, knowing I probably wouldn’t get the chance to do what it is I wanted to do for this week’s theme. Time slips away so passively taking so many of my ideas, my light, with it, and I selfishly get frustrated by the lack of it as I raise my babies day in and out.

Truth is, they are my light. It’s in front of my face most minutes of most days and still I look past. I look for the next thing, and the next. Instead of just taking a second to bask in the very essence of what gave me my light. If I just look, its there. In the most mundane moments of everyday life.

Mine is physical touch and words of affirmation, my babies love me so well. I think I know theirs, I hope I do. But more than anything I want my love for them to show through my willingness to let them be. Carefree, unique, inquisitive…kids. I know how important it is to let them discover the world on their terms and open the doors for them that they might now be able to. Even though I do my best to make it seem easy for me to do–its hard. Its hard for my OCD, type A personality to deal with it sometimes. One day, I hope they look back at their childhood and see my love for them in the unbridled moments they had. 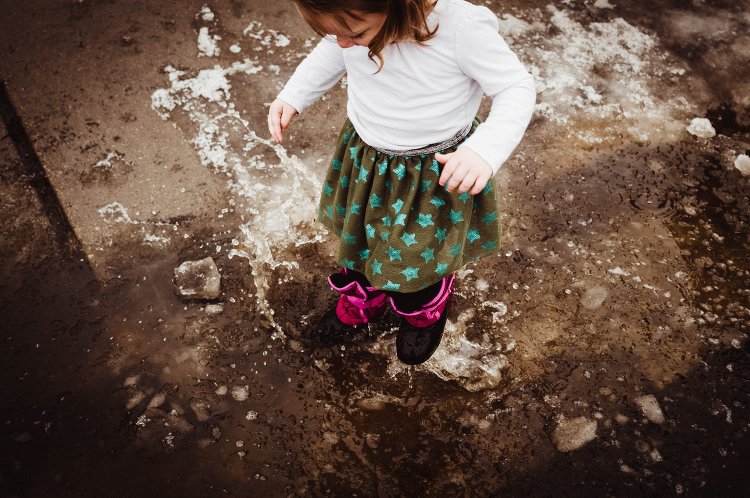 When I read the quote that inspired this week’s theme I instantly thought of my oldest girl.

“I’ve always liked quiet people: You never know if they’re dancing in a daydream or if they’re carrying the weight of the world.”

She’s the big sister, that alone is a enough to make you feel like you are carrying the weight of the world on your shoulders. When you have two babies under two at foot and you are reminded you are the example, while at the same time vying for attention of your own life can be overwhelming for her at times. Sometimes, I feel like I expect too much of her–other mothers always tell me how ‘mother hen’ or ‘mature’ she is for five, and there are more times I see that side than her unbridled chid-like ways lately. She hears the news, and sees people doing things she doesn’t understand in the world around her. And you guys, its amazing how young bullying starts–she is FIVE and she sees it and feels it.

Other times, we see a daydreamer. A hypothetical, “lets pretend”, “wouldn’t it be funny”, uninhibited, “hey let’s play” little girl.

Sometimes, when she sits quietly at the table creating, I wish I could crawl inside that little brain of hers and shut out any of the noise she hears and let it all be a rainbow and unicorn world the way she likes it.