{My Own} Memorial Day

It’s time to whip out the flips and tanks, lather up with sunblock, and bring the freckles out of hiding…they say.  Memorial day! Summer is finally here…they say.  I think Wisconsin has other plans.  It’s in the 50’s and rainy here…aside from Saturday afternoon for a hot second we haven’t seen the sun in  a few days…and it was brought to my attention that it’s been perhaps five?!? years since our last beautiful Memorial day weekend!  But that’s okay, Mother Nature, get it out of your system NOW so we can move on with our few months of sun and sand, mmmk?????

I think this is a great day with a great purpose that is often overlooked.  In  memorial of all the folks who fought and fight to keep our nation strong.  It’s important, no matter your opinion of the state of the affairs, or the system itself, people fought, died, and still sacrifice to stand on the front lines filtering out the bad before it gets to you.  I’m grateful for all of those brave people and their sacrifices.

Both my grandfathers served.  One passed long before I met him, and the other still lives to tell about it.  He talks about peeling potatoes in the bottom of a ship during the Korean war, and the honor in which he withheld his military vows.  He’s a proud vet, and a wise man, and I’m so lucky he is still here with us today to share his stories, and wisdom.  To tell us about a time in which we read about in the history books.  A time nothing like today, or tomorrow but what a great era it was. I try to take time every day to stop and realize my blessings.  But for some, today is necessary and it is a great day to say THANK YOU, to those who protect us…and its a good feeling to show appreciation, give it a try, it looks good on everyone!

While I was editing my most recent wedding I found this image: 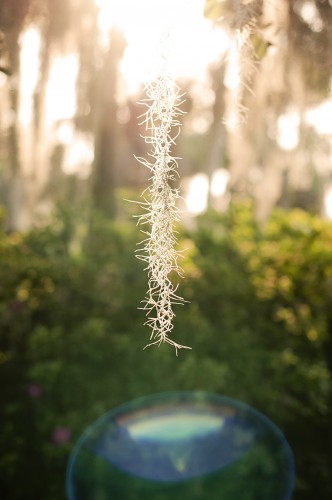 And I knew instantly it was the inspiration for today.  Not only do I love it, as imperfectly perfect as it is, it instantly made me think of my loved ones passed.  My mom and aunts have told me since I was little, that ‘sunspots’ that appear in photos are our loved ones that passed away.  As I’ve grown older and smarter, I obviously know that what they are caused by and that it’s probably  more due to spots on a lens or imperfect composition however, I still believe it.  You see, they always seem to appear in photos of major events, or family get togethers.  The moments when we miss them the most, and want them closest.  They always get themselves in the pictures we need them to be in to remind us they are there.  It’s touching, really.

This is a photo I took at my brothers wedding.  Most often we say that this spot in photos is my maternal grandmother, Evelyn.  When I got to this picture I stopped in my tracks.  It fell in a series of photos that went like this: Brother seeing his bride; my mom crying; bride and groom join hands; then this.  Seemingly out of nowhere, as in I was compelled to take a random shot that exposed my grandma just right.

My aunt told a story that moved us all.  When she was saying goodbye to my brother at the end of the wedding, she said “you used to be everyone’s sunshine,” to him.  She was referring to when Jayson was born, and the first two years of his life, in which my Grandmother was sick and dying with leukemia.  Being the first baby, and grandchild in the family during such a sad and lonely time made him the light of everyone’s days.  He brought some of the only smiles to my grandmother’s face during those last two years and will forever be remembered as the baby who started walking holding onto IV poles and bringing light into such dark days.

So when I came across this photo from his wedding day, and such a pronounced sunspot, I couldn’t help but feel she was with us; with him.  And maybe she brought the rest of the family too.

Posted in My life,My Own